Food and the environment

By Sander30 September 2014No Comments 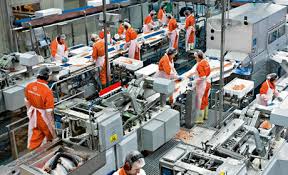 Even though you don’t see it that clearly; the food industry is responsible for a whopping 18% of gases that causes global warming. This is even more than the total amount of cars, plains and trains taken together. So is going vegan better than riding your bike?

Besides the whole ethical debate about meat and our food production (Which is one of high importance as well); the environmental aspect of the meat industry is becoming an serious issue. As we all know, the amount of energy needed to grow meat is many times mored compared to a product like grain. You need around 15kg of grain to ‘grow’ 1 kg of meat. So by eating meat we waste quite a lot of energy along the way. If we would eat grain instead of meat, we could feed the same amount of people with much less food.

An interesting article was published by Moby in the Huffington post : Save the humans.

And to copy the summary already provided by Moby: